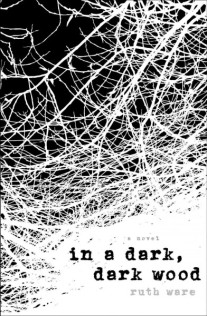 Murder mysteries are a great way to challenge yourself while reading. Do you enjoy putting together all of the pieces of the puzzle to figure out who the culprit may be?

The following novels – all of which were published within the past year – will certainly have you wondering, “Whodunnit?” Pick one up from the Greene County Library sometime and unleash your inner detective.

In a Dark, Dark Wood by Ruth Ware – Reluctantly accepting an old friend’s invitation to spend a weekend in the English countryside, reclusive writer Leonora awakens in a hospital badly injured, unable to recall what happened and confronting a growing certainty that someone involved has died.

Black-Eyed Susans by Julia Heaberlin – Rendered famous as the only survivor of a serial killer 20 years earlier, Tessa discovers clues that the wrong person was convicted and that the true killer is preparing to finish what he started.

As Chimney Sweepers Come to Dust: A Flavia de Luce Novel by Alan Bradley – Young chemist and aspiring detective Flavia de Luce once again uses her knowledge of poisons and her indefatigable spirit to solve a crime, but this time she leaves behind the English countryside and enters the unexpectedly unsavory world of Canadian boarding schools.

The Pocket Wife by Susan Crawford – When her neighbor, Celia, is brutally murdered, Dana Catrell—who was the last person to see Celia alive and suffers from a debilitating mania, the byproduct of her bipolar disorder—must clear her name before she descends into madness.

The Perfectionists by Sara Shepard – Forging a friendship based on their mutual hatred of a philandering boy, five girls imagine a perfect way to kill him and must prove their innocence when he is killed in the exact manner they envisioned.

The Night Sister by Jennifer McMahon – Struggling to forget a twisted discovery in the once-thriving hotel where they played as children, sisters Piper and Margot are forced to confront the past when their childhood friend, Amy, is accused of a horrific crime with ties to two other hotel residents.

The Silkworm by Robert Galbraith – While investigating the brutal murder of a novelist who had just completed a manuscript featuring poisonous pen-portraits of almost everyone he knew, which would ruin many lives, P.I. Cormoran Strike must race against time to catch a killer unlike any he has ever encountered before.