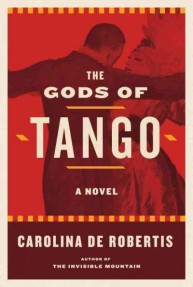 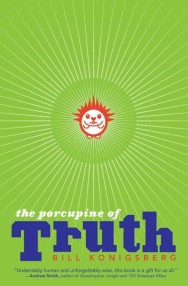 June has been designated GLBT Book Month by the American Library Association (ALA) in order to encourage a celebration of the authors and works that reflect the experiences of the gay, lesbian, bisexual, and transgender community.

Do you want to check out some of this past year’s best GLBT books? Look no further than the titles below, all of which are available from the JMRL catalog:

The Gods of Tango by Carolina De Robertis – Struggling to make her way in Buenos Aires after the murder of her husband, 17-year-old Leda masters the violin and disguises herself as a man so that she can join a troupe of tango musicians and perform in public.

Jam on the Vine by Lashonda Katrice Barnett – Discovering a love for journalism upon stealing a newspaper from her mother’s white employer, precocious Ivoe Williams eventually flees her segregated community to launch a first female-run African-American newspaper at the side of her lover.

The Gay Revolution: The Story of the Struggle by Lillian Faderman – A chronicle of the modern struggle for gay, lesbian and transgender rights draws on interviews with politicians, military figures, legal activists and members of the LGBT community to document the cause’s struggles since the 1950s.

The Porcupine of Truth by Bill Konigsberg – Spending his summer helping to care for his dying alcoholic father, 17-year-old Carson meets beautiful runaway Aisha, and together they embark on a journey of discovery that may help them both come to terms with their lives.

Simon vs. The Homo Sapiens Agenda by Becky Albertalli – 16-year-old, not-so-openly-gay Simon Spier is blackmailed into playing wingman for his classmate or else his sexual identity—and that of his pen pal—will be revealed.

Breakthrough by Jack Andraka – Chronicles the teen scientist’s development of an early detection test for pancreatic, ovarian, and lung cancer, and recounts his personal story of overcoming depression and homophobic bullying.

Red: A Crayon’s Story by Michael Hall – Red’s factory-applied label clearly says that he is red, but despite the best efforts of his teacher, fellow crayons and art supplies, and family members, he cannot seem to do anything right until a new friend offers a fresh perspective.

George by Alex Gino – Knowing herself to be a girl despite her outwardly male appearance, George is denied a female role in the class play before teaming up with a friend to reveal her true self.

Sex is a Funny Word by Cory Silverberg & Fiona Smyth – A resource about bodies, gender, and sexuality for children, parents, and caregivers provides information about such topics as boundaries, safety, and joy.