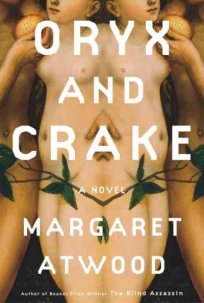 Do all good things truly come in threes? You’re probably familiar with well-known trilogies such as The Lord of the Rings, The Hunger Games, and The Girl With the Dragon Tattoo (The Millennium Series), but here are a few more worth checking out:

The Bill Hodges Trilogy
Begins with: Mr. Mercedes by Stephen King – Months after a crazed hit-and-run driver kills several attendees at a Midwestern job fair, a depressed retired cop and two unlikely allies join forces to find and stop the killer, who has sent a letter threatening another attack.

The Maddaddam Trilogy
Begins with: Oryx & Crake by Margaret Atwood – A novel of the future explores a world that has been devastated by ecological and scientific disasters.

The Earthsea Trilogy
Begins with: A Wizard of Earthsea by Ursula LeGuin – A boy grows to manhood while attempting to subdue the evil he unleashed on the world as an apprentice to the Master Wizard.

The Inkheart Trilogy
Begins with: Inkheart by Cornelia Funke – 12-year-old Meggie learns that her father, who repairs and binds books for a living, can “read” fictional characters to life when one of those characters abducts them and tries to force him into service.

The All Souls Trilogy
Begins with: A Discovery of Witches by Deborah Harkness – Discovering a magical manuscript in Oxford’s library, scholar Diana Bishop, a descendant of witches who has rejected her heritage, inadvertently unleashes a fantastical underworld of daemons, witches and vampires whose activities center around an enchanted treasure.

The Shiver Trilogy
Begins with: Shiver by Maggie Stiefvater – In all the years she has watched the wolves in the woods behind her house, Grace has been particularly drawn to an unusual yellow-eyed wolf who, in his turn, has been watching her with increasing intensity.

The Century Trilogy
Begins with: Fall of Giants by Ken Follett – Follows the fates of five interrelated families (American, German, Russian, English and Welsh) as they move through the world-shaking dramas of World War I, the Russian Revolution and the struggle for women’s suffrage.

The New York Trilogy
Read the full series in one edition by Paul Auster – Quinn, a mystery writer, becomes involved in a puzzling case; Blue is hired by White to spy on Black; and Fanshawe, a gifted novelist, disappears, leaving his family and work behind, in an omnibus edition containing three interconnected novels.

The Iremonger Trilogy
Begins with: Heap House by Edward Carey – Young Clod, living in his family’s mansion amongst a mass of shifting forgotten items, becomes aware of the items whispering to him and senses a growing storm ahead, needing the help of an orphan servant to unravel the mystery.

The Shatter Me Trilogy
Begins with: Shatter Me by Tahereh Mafi – Ostracized or incarcerated her whole life, 17-year-old Juliette is freed on the condition that she use her terrifying abilities in support of The Reestablishment, but Adam, the only person ever to show her affection, offers hope for a better future.