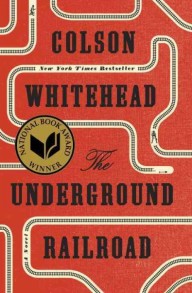 Each year, the Pulitzer Prize Board recognizes the best and brightest in writing, drama, and music. The winners of the 101st Pulitzer Prize were officially announced last week.

You can check out any of this year’s prize-winning titles from the JMRL collection:

History: Blood in the Water: The Attica Prison Uprising of 1971 and Its Legacy by Heather Ann Thompson – The first definitive telling of the Attica prison uprising, the state’s violent response, and the victims’ decades-long quest for justice, in time for the forty-fifth anniversary of the events.

Biography: The Return: Fathers, Sons, and the Land in Between by Hisham Matar – The author relates the story of his journey home to his native Libya in search of answers to the disappearance of his father, a political dissident who was kidnapped in Cairo by the Libyan government.

Nonfiction: Evicted: Poverty and Profit in the American City by Matthew Desmond – A Harvard sociologist examines the challenge of eviction as a formidable cause of poverty in America, revealing how millions of people are wrongly forced from their homes and reduced to cycles of extreme disadvantage that are reinforced by dysfunctional legal systems.