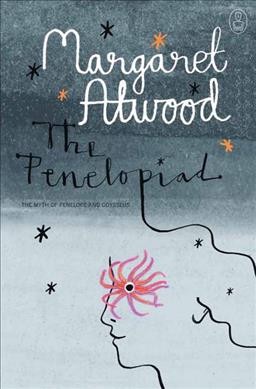 Books on Tap read The Penelopiad  by Margaret Atwood at  Champion Brewery on July 6. Written as part of the Canongate Myth series, the novel is narrated by Penelope, who describes not only her life in Ithaca while Odysseus was away for 20 years, but also her childhood and existence in the afterlife. The universal reaction was that we all enjoyed this  humorous, satirical take. We had all read at least one other title by Atwood, but no one at the table had seen the adaptation of The Handmaid’s Tale on Hulu . Also, it turns out that while we had all read The Odyssey, our recall of its details was less than the average 10th-grader who had just studied it.

As we often do, we discussed the reliability of the narrator. Penelope cannot believe that Odysseus is still renowned because in her time he was a known liar. However, Penelope also outs herself as unreliable, especially in assigning blame for the murder of the 12 maids. Myths and other narratives can only approximate the truth, with various details forgotten or left out for political reasons. Penelope offers multiple reasons for why her father tried to drown her but chooses to believe the one that doesn’t paint him as a monster. Similarly, she discounts nasty gossip about Odysseus (he fought a one-eyed bouncer) in favor of more heroic stories (he out-witted a cyclops).She also dismisses his predicaments as beyond his control, whether the gods interfere or not.  Frankly, we didn’t think that Penelope cared all that much about Odysseus’ adventures. She married at 15, and while she enjoyed listening to his stories, she doesn’t seem to pine for him when Odysseus first leaves. She allows Eurycleia, Odysseus’ former nurse, to raise their son. However, as time goes on, she does build up power: improving farming, using the maids and other slaves as spies and managing her husband’s return.

Helen of Troy appears over and over again, both physically and as Penelope’s bête noire.  Penelope is jealous of Helen’s popularity (she bathes in the underworld, despite not having a body, and in part to thrill her equally-dead suitors) and is enraged at both Helen and the men she charms with her looks. Helen is both an enemy of smart women by using her sexuality against men and a threat; playing a zero sum game where the winner becomes queen and the losers are the thousands of people who die in the wars she induces. Helen shows little to no remorse for the deaths. Penelope, complicit in the deaths of her 12 loyal maids, struggles to explain away her guilt, but is both literally and metaphorically haunted by their deaths.

These mental gymnastics, a reflection of her husband’s notorious slipperiness, are the legacy of Penelope’s mother, a nyad, who, in her limited interactions with her daughter, told Penelope to “be like water.” And she does adapt — to her father attempting to kill her, to icy relations in Ithaca, to her husband’s absence and return. These cycles continue in the afterlife. While Penelope choses to stay in the Asphodel Meadows, Odysseus reincarnates again and again.

Few of us could remember the 12 hanged maids from the original poem. Through Penelope, counter to The Odyssey, the maids are heard. They form a chorus which interrupts Penelope’s narrative with various songs (sea shanty, love song, lament), a court trial and an anthropology lecture, each growing in sophistication.  It is this lecture that we talked about the most. We didn’t reach a consensus on its seriousness – did Atwood believe in these counter-interpretations? – but did agree that it grounded and expanded the maids’ plight.  One interpretation of the maids role in The Penelopiad is their quest for narrative justice. We agreed that despite Penelope’s concern for the women, they do not receive justice in the afterlife or in this book. Plus ça change.

More Information:
About the author
About the book
Stage play
Atwood’s sources