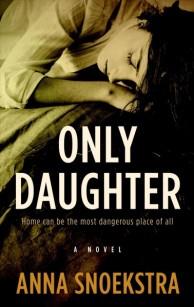 Here are some spooky books that you can check out from the JMRL catalog if you’re looking for a thrilling read on Halloween:

Only Daughter by Anna Snoekstra – One woman’s dark past becomes another’s deadly future when an imposter, desperate after being arrested, resumes the life of Rebecca Winter, who has been missing for eleven years.

The Woman in Cabin 10 by Ruth Ware – Assigned to review an exclusive North Sea luxury cruise, travel journalist Lo Blacklock witnesses a woman being thrown overboard and is baffled when all passengers remain accounted for, a nightmare that unravels as Lo struggles to convince everyone that what she saw was real.

Into the Water by Paula Hawkins – When a single mom and a teen girl are found murdered at the bottom of a river in a small town weeks apart, an ensuing investigation dredges up a complicated local history involving human instincts and the damage they can inflict.

Doctor Sleep by Stephen King – In this sequel to The Shining, middle-aged Dan Torrance uses his remnant powers to assist the dying before coming to the aid of a 12-year-old girl being tortured by a tribe of murderous paranormals.

The Witch’s Daughter by Paula Brackston – Witnessing the death of her witch mother in the spring of 1628, Bess turns to secluded Warlock Gideon for protection and learns formidable powers including immortality, skills she begins teaching to a new apprentice centuries later while her former master insists on payment for saving her life.

Final Girls by Riley Sager – Emerging as the lone survivor of a serial killer’s massacre a decade earlier, Quincy Carpenter struggles to ignore traumatic memories and move on as one of a group of other survivors, when one of them is found dead in a suspicious suicide.

Are You Sleeping by Kathleen Barber – Distancing herself from her brutally unhealthy family to the point that she lies about her identity to her partner, Josie is forced to confront the past and her own choices when an investigative reporter’s mega-hit podcast reopens Josie’s father’s murder case.

The Night Sister by Jennifer McMahon – Struggling to forget a twisted discovery in the once-thriving hotel where they played as children, sisters Piper and Margot are forced to confront the past when their childhood friend, Amy, is accused of a horrific crime with ties to two other hotel residents.