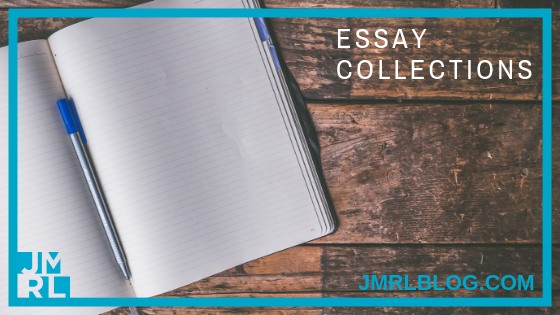 Essays allow writers to express their thoughts and allow readers to embrace a new perspective. If you’re looking for some short, personal think pieces to digest, here are a few essay collections that have hit the library’s shelves in the past year:

Can You Tolerate This?: Essays by Ashleigh Young – Presents a collection of essays on youth and aging, ambition and disappointment, Katherine Mansfield tourism and New Zealand punk rock, and the limitations of the body.

Black Ink edited by Stephanie Stokes Oliver – A collection spanning more than two centuries highlights the literary progress of black people in America with essays by authors ranging from Frederick Douglass and Solomon Northup to Ta-Nehisi Coates and Roxane Gay.

Tales of Two Americas: Stories of Inequality in a Divided Nation edited by John Freeman – Collects 36 stories from such writers as Rebecca Solnit, Hector Tobar, Joyce Carol Oates, and Edwidge Danticat that examine life in a deeply divided America.

Amateur Hour: Motherhood in Essays and Swear Words by Kimberly Harrington – The editor of the RAZED parenting humor site presents a collection of emotionally honest, laugh-out-loud essays about motherhood, adulthood and womanhood as they are shaped by modern challenges ranging from social media to PTO politics.

Pops: Fatherhood in Pieces by Michael Chabon – Presents a collection of essays on fatherhood, including the author’s viral 2016 GQ piece about his 13-year-old son’s immersion in Paris Men’s Fashion Week.

Nothing Good Can Come From This: Essays by Kristi Coulter – A collection of essays from an author who recently quit drinking makes sharp, intelligent and brutally honest observations on the life of modern women, touching on topics like addiction, sex, money, privilege, ambition, adultery and power.