October is health literacy month. Health Literacy is the ability to read, understand, and act upon health information.  According to the National Action Plan to Improve Health Literacy, nearly 9 out of 10 adults have difficulty using routine health information. A large gap exists between the way health care issues are delivered and the ability of most people to understand them.

Magill’s Medical Guide Online is available through JMRL databases, you’ll need to login with your library card number to access it. There’s general health information, including causes and symptoms, and treatments and therapies. You can also print or save articles with Magill’s.

Check out these titles about health and wellness: 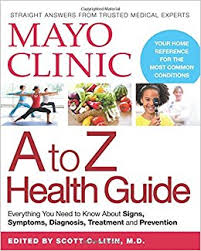 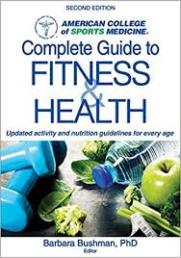 Complete Guide to Fitness and Health, edited by Barbara Bushman, PhD.
American College of Sports Medicine’s Complete Guide to Fitness & Health merges research-based, scientific information with practical and adaptable plans that you can use. The book provides the reader with simple ways to assess themselves, and then, using insights gained, enhance their exercise programs and make optimal nutrition decisions that fit with their personal goals.

Mayo Clinic A to Z Health Guide, edited by Scott C. Litin, MD.
This is a home reference for the most common conditions.

Know-It-All Medicine, edited by Dr. Gabrielle M. Finn
Fifty crucial milestones, treatments, and technologies in the history of health, each explained in a minute. It takes the reader on an engrossing journey from the first “medicines” to today’s keyhole surgery, bionic limbs, and breakthrough drug treatments. It’s an essential and engaging read for anyone who wants to know more about the contemporary state of medicine, and what the future may hold for medicine and its practitioners.

This year’s awareness theme is Fitness #4Mind4Body. The theme reminds people that mental health is affected by nutrition, sleep, stress, gut health, and exercise. Mental health is essential to everyone’s overall health and well-being. Living a healthy lifestyle may not always be easy, but can be achieved by gradually making small changes and building on those successes.

Here are a few books- both fiction and nonfiction- that center on mental health:

Furiously Happy by Jenny Lawson- The author discusses how her severe depression has led her to lead her fullest life. This book is about mental illness, but is also about seeing joy in new ways.

Crazy: A Father’s Search through America’s Mental Health Madness by Pete Earley- Pete Earley has written about the criminal justice system while as a reporter with the Washington Post. But it was only when his own son, in the throes of a manic episode, broke into a neighbor’s house that he learned what happens to mentally ill people who break a law.

The Center Cannot Hold by Elyn Saks- Elyn Saks is a professor, lawyer, and psychiatrist- she has also suffered from schizophrenia for most of her life. Saks discusses her paranoia in this beautiful memoir.

Hyperbole and a Half by Allie Brosh- In this graphic novel the author, who also has an award-winning blog, talks about her ongoing depression in a series of hilarious stories.

The Bell Jar by Sylvia Plath- Esther Greenwood, a talented writer, becomes mentally unstable during a summer spent interning at a magazine in New York City. She is tormented by both the death of her father and the feeling that she simply does not fit into the culturally acceptable role of womanhood in this harrowing novel.

The Silver Linings Playbook by Matthew Quick- Pat Peoples is a former history teacher who has moved back to his childhood home in New Jersey, after spending time in a psychiatric hospital. Pat thinks he has been away only a few months, but soon realizes it has really been years, and he struggles to piece together his lost memories and what has become of his wife, Nikki.