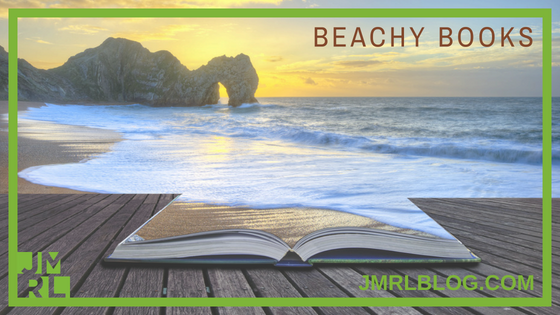 Whether you’ve been dreaming of lounging at the beach or you’re headed there soon, check out one of these books set by the ocean:

Calypso by David Sedaris – Personal essays share the author’s adventures after buying a vacation house on the Carolina coast and his reflections on middle age and mortality.

I Found You by Lisa Jewell – A lonely single mom who offers shelter to an amnesiac man and a young bride who is told that her missing husband never existed struggle to make sense of their transforming worlds and their connection to two teenagers whose lives were shattered by secrets two decades earlier.

Sag Harbor by Colson Whitehead – Benji, one of the only black kids at an elite prep school in Manhattan, tries desperately to fit in, but every summer, he and his brother, Reggie, escape to the East End of Sag Harbor, where a small community of African American professionals has built a world of its own.

The Forever Summer by Jamie Brenner – When a single careless mistake costs her the job she so carefully built, straitlaced Marin joins a stranger claiming to be her half-sister in Cape Cod, where she meets family members she never knew she had during a fateful summer of revelations and self-discovery.

Camino Island by John Grisham – After being laid off from her teaching position, Mercer Mann is approached by a mysterious woman with a generous offer to go undercover and infiltrate bookstore owner Bruce Cable’s life to learn his secrets.

The Shark Club by Ann Kidd Taylor – Nearly two decades after surviving a shark attack in the Gulf of Mexico, a world-traveling marine biologist and respected “shark whisperer” harbors private insecurities that compel her to return to her Florida coast home to explore old and new relationships.